How to iron and clean the head? Head trotter soup recipe

admin March 6, 2022 Eat Comments Off on How to iron and clean the head? Head trotter soup recipe 2 Views 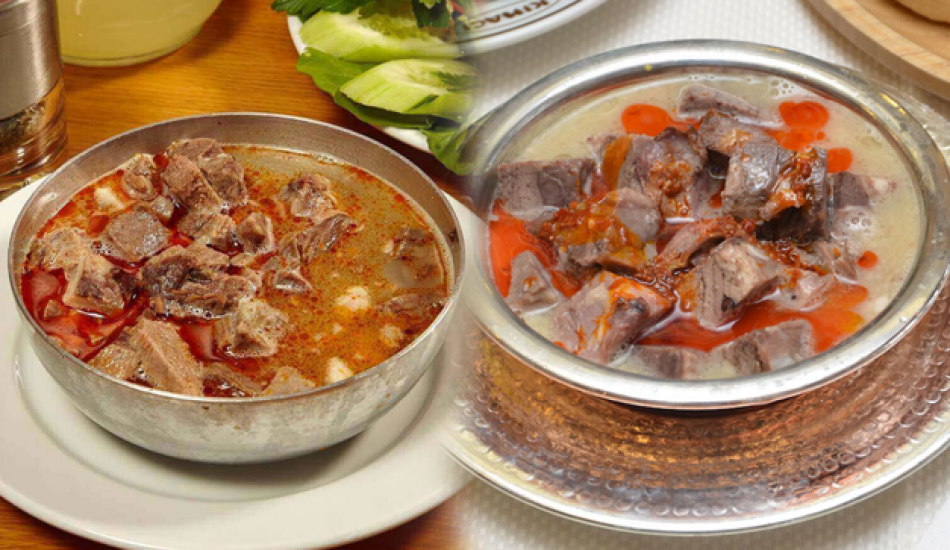 The head and trotters, which are recommended by many experts, who are legendary for its healing, to be consumed by those who want to stay young and vigorous, are naturally consumed quite a lot during the feasts of sacrifice. However, we have prepared an article that will guide those who will make head and trotter soup at home for the first time. How to iron and clean the head? What is the practical recipe of head trotter soup? Those who are curious about all these can review our article.

Head and trotter soup; It is a light liquid meat piece meal made from the cut head (head) and foot (leg) parts of small and bovine animals. Since it contains a lot of cartilage in both the feet and the head, it increases the collagen production of the body and keeps it young and dynamic. In fact, actress and model Çağla Şıkel recently explained that the secret of youth and the reason for her skin to be wrinkle-free was due to the head and leg soup she drank every morning. If you want to cook the head trotter soup at home, which is so useful and recommended by experts, you need to pay attention to its cleanliness and tricks. HOW TO IRON AND CLEAN THE HEAD?

Attach the head to the iron bar and iron it under high heat so that all hairs are removed. Then scrape it well with a knife. Repeat this process until there are no hairs left on his head. To remove the hair on the ear, heat the skewer wires and press on them. Then split the head in half with a large ax or a line. After washing it well, you can separate as much as you can eat and place the rest in the freezer with bags if you want.

SO HOW TO MAKE A HEAD THROTTLE?

4 garlic cloves
1.5 tablespoons of flour
Half a glass of water vinegar
Half a tea glass of lemon juice
Salt
1 lamb’s head
1 piece of calf’s foot First of all, since the sheep’s head is oily, put it in water in the evening and change the water 4 times at intervals until it turns white.

Note: If you bought the head from the butcher, you can shoot the head with the nose downwards to get the dirt out of it.

After washing it well, boil the head and feet in a pressure cooker with 1.5 liters of water for 1 hour.

Boil for 1 more hour after hearing the whistle. After the head is boiled, pour it on the tray and separate the bones and meat. Tear the meat and set aside. Fry the flour well in the pan. Add 1 glass of water and mix it. Crush the lumped flour with a strainer to make it smooth.

Add the water in which the head is boiled to this mixture, bring it to a boil and add salt.

Take the foam that rises on top of it while boiling with the help of a spoon and throw it away.

To prepare the sauce; Crush the garlic and mix it with vinegar. You can add lemon too.